On April 14th, we celebrated our 36th annual Croquet Match (The Annapolis Cup) against the Naval Academy! We had idyllic spring weather over here in Annapolis, complete with flowers, sunshine, and green grass. Over 5,000 people bought tickets for the event, and our tiny campus which is normally home to just a couple hundred college students was filled to the brim with people,  all dressed impeccably. 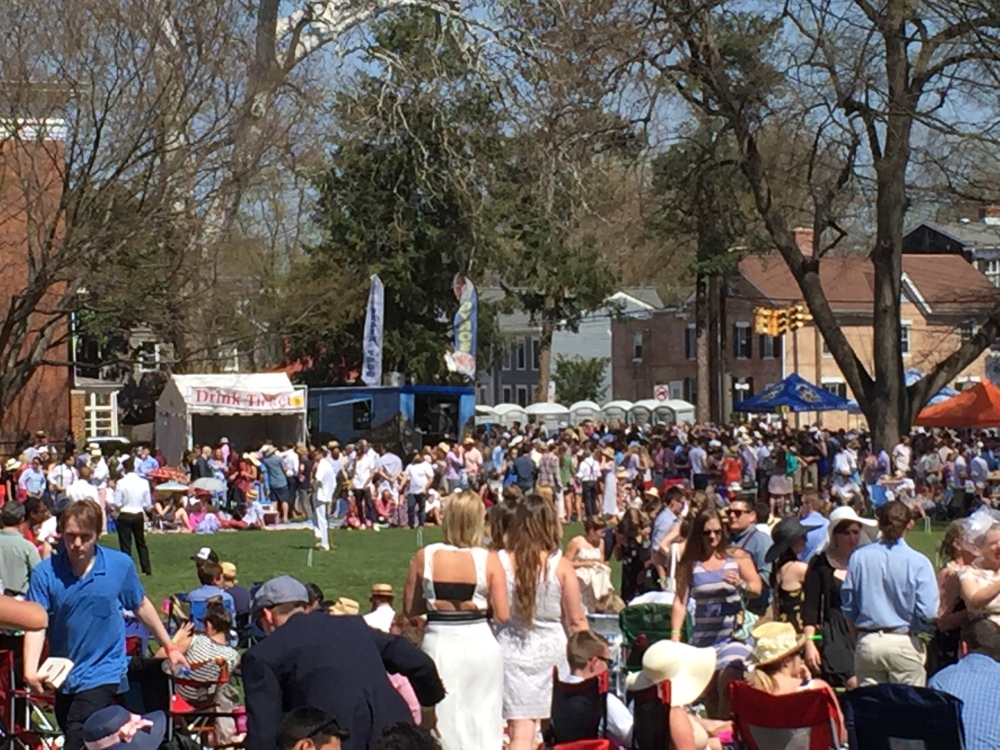 According to legend, the Annapolis Cup started like most things do here at St. John’s—with a conversation. The story goes that an officer at the Naval Academy was holding forth on the topic of athletic prowess, and made the claim that the Midshipmen could defeat St. John’s in any sport. To this, a quick thinking Johnnie replied “Well, what about croquet?”—and a tradition was born.

Croquet is a lawn game played with mallets, and it works sort of like a combination of bowling and golf. On a Croquet Court, each player receives a mallet and a ball. Each player must use the mallet to hit their balls through a number of hoops, staked in the ground, in a particular order, with your final hit against a central peg at either side of the court. Although it can be tough to follow from a distance (especially standing in a crowd of thousands of people), it can get intense! It involves a lot of careful strategizing and geometric thinking—the students on our team like to say that reading Euclid gives them a competitive edge.

The game itself isn’t the only thing that makes the day special. There is jazz and swing music, dancing, local food, and great camaraderie, especially between the Johnnies and Midshipman. It’s really cool to see these two very distinctive colleges, who couldn’t be more different, come together through sport in a way that doesn’t happen on any other college campus.

In the end, we were victorious, bringing home our 4th straight cup. It was a tight match, with the Johnnies ultimately winning by a margin of three games to two. This marks our 29th victory out of 36 total croquet matches. Below is a short video highlighting some of the great sights we caught from the day, along with links to some other croquet related stories from all around the Annapolis Community. It was a lot of fun, and we’ll definitely be there next year!

Some more pictures of the event, taken by staff here at the college!

An article by the Capital Gazette, highlighting some of the more memorable outfits of the day.